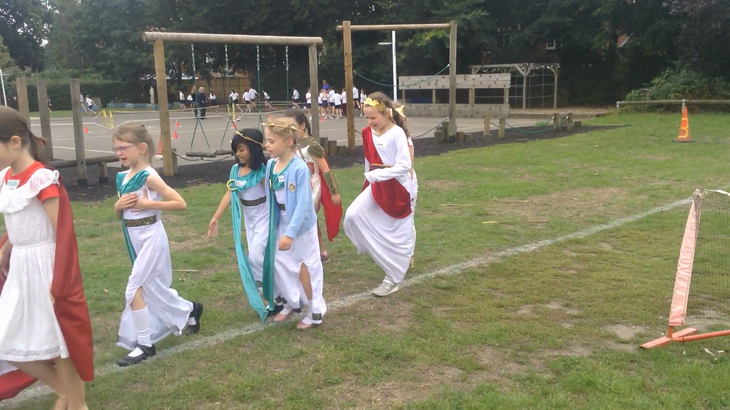 Roman Army Boot Camp Day.
The children were under the lead of Lucius the Great who guided them through the trials of how to become a Roman Soldier.
The children named themselves with a traditional Roman name, learned how to march in formation, followed an orienteering game to 'take over the Empire' as well as learning about the agreement they had to sign in order to be a fully fledged Roman Soldier.